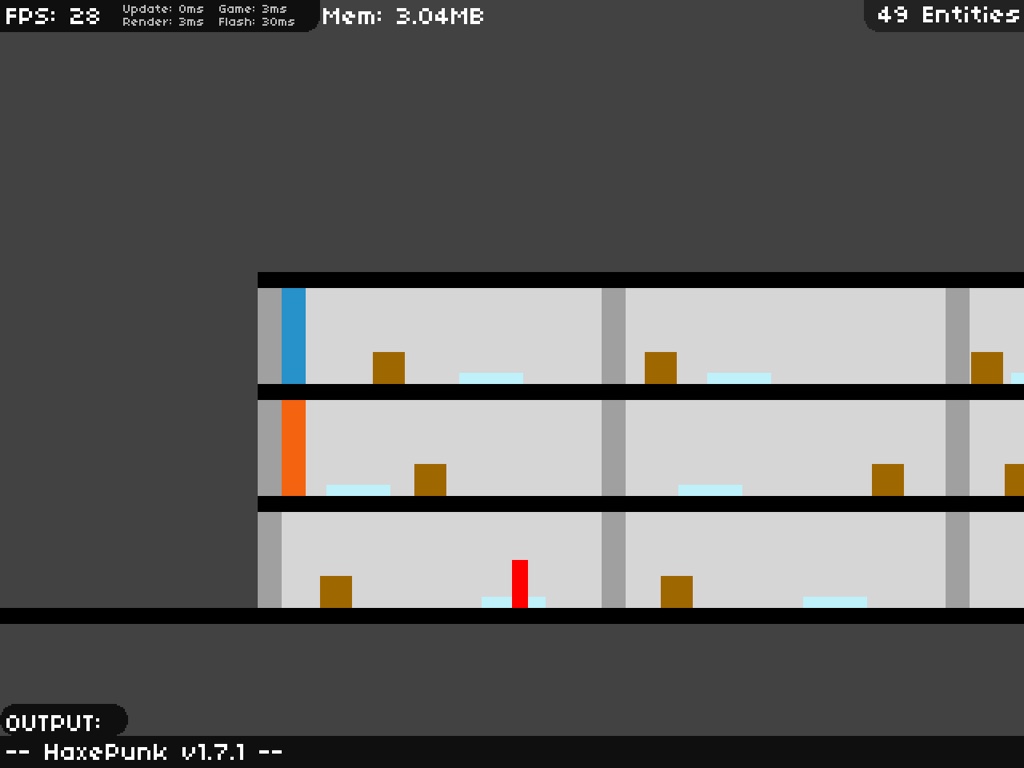 The thief must walk as quietly as possible or the neighbors will woke up. I’ve heard they have no mercy in their souls! They’ll take their rifles and shoot him as soon as they have a chance :O.

We were “fighting” the programming language (Haxe) all Saturday long, so we are still coding the game mechanics, but we have something to show already. What we have done so far are the character’s movements and a level generator. The level generator is able to create a building with an X number of floors, X number of rooms per floor and randomly places a chest and a bed in each room.

There’s no fancy graphics so far, just color boxes to identify the different objects, as you can see from the opening picture above.

The thief is represented by a red box and the brown boxes represent the chests our thief must inspect in order to get some loot. Beds are all those hard-to-see cyan boxes. To move between floors you need some stairs. Orange boxes indicate an up-stair and blue boxes a down-stair. These stairs will behave like teleporters. 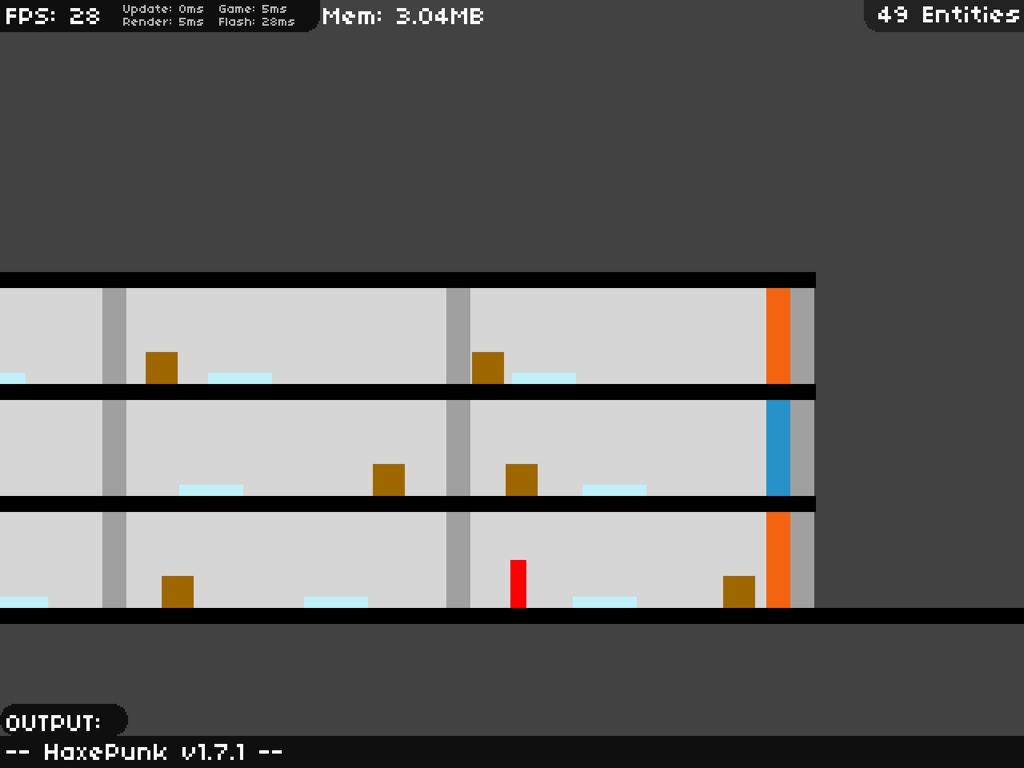 We’re saying goodbye for now, there are still sooo much to do!

P.S. Our video stream is still On Air at my twitch.tv channel.